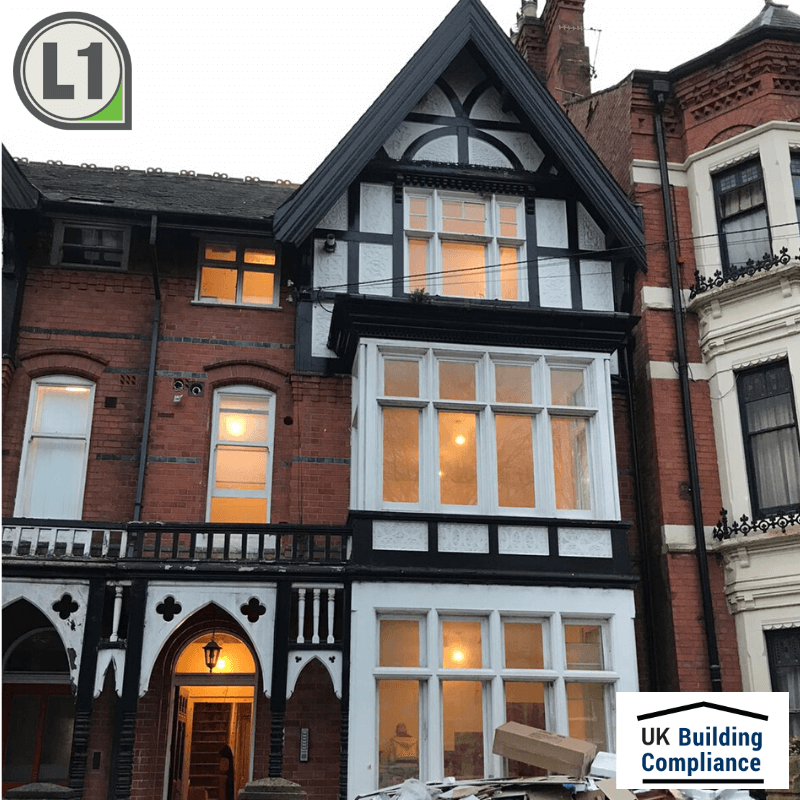 We were instructed to complete Sound Insulation Tests on this change of use building which was previously classed as a villa, but has now been skilfully divided into three self contained flats.

These tests consisted of a mixture of Airborne floor, Airborne wall and Impact floor tests.

To pass an Airborne test, you must score 43db (45 on new build properties) or higher. Airborne tests measure the difference in sound levels between the receiver room and neighbouring walls or floors. So if the sound output in the receiver room is 100db and the sound leakage being passed through into the neighbouring room is 40db, then the result would be 60 and therefore a pass.

To pass an Impact test, you must score 64db (62 on new build properties) or lower. Impact tests measure how effectively the Sound Insulation between floors cancels out sound. If there is more than 64 decibels of sound leaking through into below floors then the test would be a fail.

After reviewing drawings, on site testing was ready to be completed. All suitable equipment was set up and checked over to ensure the best possible result.

Each test passed, therefore certificates will be produced and issued.

For more information, or to receive a free quote CONTACT US or read more about Sound Insulation Tests.